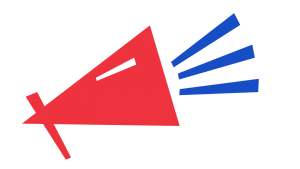 October 2020. We responded to a Scottish Government consultation on raising the age at which a child can be referred to a children’s hearing from 18. This would help ensure that children in conflict with the law are treated in a way which is compatible with the United Nations Convention on the Rights of the Child.

1.  Do you agree that the maximum age of referral to the Reporter should be increased to 18?

We have called for the age of referral to children’s hearings to include 16 and 17 year olds for a number of years. In 2016 the United Nations Committee on the Rights of the Child expressed concerns that some children were tried in adult courts and recommended that “children in conflict with the law are always dealt with within the juvenile justice system up to the age of 18 years”[1]. In its General Comment 24 (2019) on children in conflict with the law (‘General Comment 24’), the UN Committee outlined its expectations for a child justice system that is compatible with the UNCRC.  General Comment 24 states:

“The child justice system should apply to all children above the minimum age of criminal responsibility but below the age of 18 years at the time of the commission of the offence[2].”

This consultation must consider the rights of all children in need of care and protection, including those who are in conflict with the law, in the wider context of international human rights law and standards. Kate Whiting, University of Edinburgh, recently completed a legal analysis on behalf of our office which we attach to this response as an appendix.

In addition to the research findings in the Whiting report, we have also drawn on Dr Claire Lightowler’s highly influential report, ‘Rights Respecting? Scotland’s approach to children in conflict with the law’[4] and the Report of the Independent Care Review 2019[5].  As with the Edinburgh Study on Youth Transitions, cited in the consultation paper, both Whiting and Lightowler recognise the vulnerabilities of young people in conflict with the law and the importance of ensuring they are recognised as in need of care and protection.  Extending the maximum age of referral only for those young people in need solely of care and protection would be incompatible with children’s human rights and serve to increase the risk of ongoing harm both for those children in conflict with the law and those who are harmed by their behaviour.

Claire Lightowler was clear that many children in conflict with the law in Scotland “do not experience ‘justice’ in the true meaning of the word”[6] when she concludes that Scotland’s approach to 16 and 17 children is not rights respecting[7]. We consider that the principal reason for this is that Scots law does not adopt a universal definition of a child as a person under the age of 18 years, including in relation to child criminal justice. As a consequence, many 16 and 17 year olds in Scotland are not recognised as children,[8] are excluded from the child justice system, including the supports it provides in line with Articles 39 and 40 of the UNCRC, and are subjected to adult processes when prosecuted in the criminal justice system[9].

We are pleased to note that the Scottish Government recognises the Guidelines of the Committee of Ministers of the Council of Europe on child-friendly justice. (“the CoE Guidelines”), which outline the fundamental principles of a justice system which is compatible with children’s human rights, in line with the European Convention on Human Rights and other human rights treaties.  Together with the UN Standard Minimum Rules for the Administration of Juvenile Justice[10] (the ‘Beijing Rules’) and UNCRC General Comment 24[11], the CoE guidelines emphasise the importance of a multidisciplinary approach to assessment of a child’s legal, psychological, emotional, physical needs[12] , whilst also ensuring that the child’s right to participate in the process[13] . The welfare-based approach and ethos of the Children’s Hearings System must guarantee rights protections by the state for all children under 18, irrespective of which administrative, civil or criminal justice system, the child is involved in.

If the interests of the child, of those affected by their actions, and of the wider community, are to be served, then Scots law must be amended to ensure the comprehensive child justice standards set out in the UN Convention of the Rights of the Child (‘UNCRC’) and General Comment 24 are guaranteed to every person under the age of 18 at the time of their alleged offence.[14]

The Scottish Government has taken a maximalist approach to incorporation of the UNCRC into Scots law in the United Nations Convention on the Rights of the Child (Incorporation) (Scotland) Bill currently before the Scottish Parliament. In particular, we welcome the redaction of Article 1 of the UNCRC to ensure the consistent definition of a child as a person under 18.  This is an important way of ensuring that all children in Scotland are able to realise their human rights.  This will require amendment of a range of current legislative provisions and in the case of Children’s Hearings, incorporation will require amendment of section 199 of the Children’s Hearings (Scotland) Act 2011.[15]

We note that it is currently proposed only to extend referrals to children’s hearings to those who are under the age of 18 at the time of referral.  The UN Committee commends countries which allow persons aged 18 and over access to the child justice system if they were under 18 at the time of the alleged offence and we call on the Scottish Government to consider further legislative review and reform to permit this to occur.

2.        If the age of referral is increased to 18, are the existing grounds of referral to a Children’s Hearing sufficient?

It will be necessary to amend certain grounds for referral[16] to recognise the evolving capacities and autonomy of children and young people, as outlined in Article 5 of the UNCRC[17] and UN Committee on the Rights of the Child, General Comment 20 (2016)[18] whilst ensuring that their human rights are respected.

This consultation presents an opportunity to increase protections to young people, particularly those at greater risk of harm including disabled young people and those with care experience, as well as those in conflict with the law.  This would help realise the right, under Article 19 of the UNCRC.  In particular, we would welcome the redaction of “due to a lack of parental care” from s67(2)(a)[19].  This would provide an opportunity for remedy for children of all ages, where they require compulsory measures of supervision because there has been a failure of a duty of care, by providing a forum in which the needs of and risks to children can be assessed and addressed in a holistic manner in line with the broader child welfare and wellbeing policy framework, including the national practice model, the Whole Systems Approach , the Youth Justice Strategy and GIRFEC.

The UN Committee on the Rights of the Child’s General Comment 19 (2016) on public budgeting for the realization of children’s rights outlines their expectation that, in line with Article 4 of the UNCRC, children’s rights should be considered during the planning, enactment, execution and follow up of national budgets[20].  Whilst we welcome the consideration of resource implications within the present consultation, we emphasise that the state has a duty to, as stated in Article 4, take “all appropriate legislative, administrative and other measures” to ensure that children’s rights and realised and that the information gathered in response to these questions should be used to inform future budget processes.

6.        If the age of referral to the Reporter was increased, are amendments required to ensure sufficient access to information and support for victims harmed by children.

It is important that we consider the right to a remedy for victims of children’s behaviour, many of whom are also children. The State has an obligation to put in place effective systems to keep people safe and to provide an effective remedy when it fails to do so. The right to an effective remedy is included in both the International Covenant on Civil and Political Rights (Article 2(3)) and the European Convention on Human Rights (Article 13). It is important that those harmed by children have access to effective remedies notwithstanding the fact that prosecution may not appropriate.

It is understandable that those who are harmed by children’s behaviour may wish to know what has happened to the child who has harmed them. However, the information provided to them must not breach the rights of accused child under article 8 of the ECHR and articles 16 and 40 of the UNCRC. Part 2 (vii) of article 40 states children have the right ‘to have his or her privacy fully respected at all stages of the proceedings’. The UN Standard Minimum Rules for the Administration of Juvenile Justice (1985) (‘The Beijing Rules’) also state that ‘the right to privacy means that the records of children accused of having committed and offence  should be kept strictly confidential and closed to third parties except for those directly involved in the investigation and adjudication of, and the ruling on, the case’. There are rare occasions where it might be appropriate and in the best interests of the child to share limited information. If so, there should be a requirement for the Children’s Reporter to consult the child/family before deciding on the release of information on best interests’ grounds.

Article 39 requires states to “take all appropriate measures to promote physical and psychological recovery and social reintegration” of children who have been harmed, including as a result of the behaviour of other children, yet we frequently hear that child victims and their carers do not feel they received adequate support.  We repeat our previous calls for Scottish Government to ensure more comprehensive support is available to all children who are victims of a crime, including through the development of the Barnahus model within Scotland and note that referral to a Children’s Hearing is one way of realising the rights of child victims under the UNCRC.

We note that an initial Children’s Rights Impact Assessment has not yet been published for this proposal and look forward to commenting on any future draft.

[1] UN Committee on the Rights of the Child.  Concluding observations on the fifth periodic report of the United Kingdom of Great Britain and Northern Ireland.  2016  Pages 20-21

[12] Guidelines of the Committee of Ministers of the Council of Europe on child-friendly justice. p23