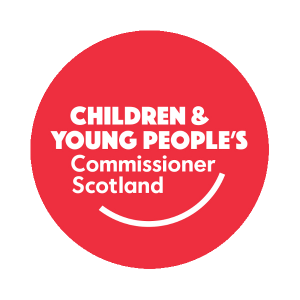 The Civic Participation and Public Partitions Committee at the Scottish Parliament asked us to comment on this petition. This is our response.

Thank you for inviting us to comment on the above petition. We note that the Scottish Government have provided the Committee with an outline of the legislative background, together with the existing evidence (or lack thereof) on caffeine safety. In particular, we note the European Food Safety Authority (EFSA) opinion on the safety of caffeine[1]. Our submission therefore concentrates on the human rights contexts for such a ban.

The UNCRC gives children the right to the highest attainable standard of health and to healthy food (Article 24). The UN Committee on the Rights of the Child recognise, in General Comment 15, that certain foods and drinks can are associated with adverse health outcomes including cardiovascular disease[2]. These include foods and drinks that are high in fat, sugar or salt and drinks containing a high level of caffeine.

In the General Comment, the UN Committee calls for the marketing of these to be regulated and their availability in schools and other places controlled. Some states choose to prohibit advertising of certain products to children, and we note that although regulation of advertising is a reserved matter, the Scottish Government has been able to prevent energy drinks from being available in Scottish schools.

States also have a duty to protect children from substances harmful to their health and, for example, most governments legislate to restrict the sale of alcohol and tobacco products to children, in line with the robust evidence of the harm these do to children’s health.

The right to healthy food requires the State to ensure its safety, availability (including affordability) and to promote awareness of healthy eating. It is not intended to require the state to prevent children or their parents from making occasional (or even regular) unhealthy choices, however the State does have a duty to ensure parents and children have access to appropriate information about healthy eating.

Any decision to regulate high caffeine products must be proportionate to the potential harm to children from those products. For example, it is very unlikely to be proportionate to ban the sale of tea or common soft drinks to children based solely on caffeine content, given the lack of evidence of harm from consuming small amounts of caffeine. A balance must be struck, based on the available scientific evidence such as that outlined by the EFSA. We note that the Scottish Government are still considering their response to their 2020 consultation. Whilst that consultation was focussed on high caffeine drinks, we suggest that the Scottish Government should also consider foods with equivalent quantities of caffeine in their proposals.

[2] UN Committee on the Rights of the Child. 2013. General Comment 15 on the right of children to the highest attainable standard of health