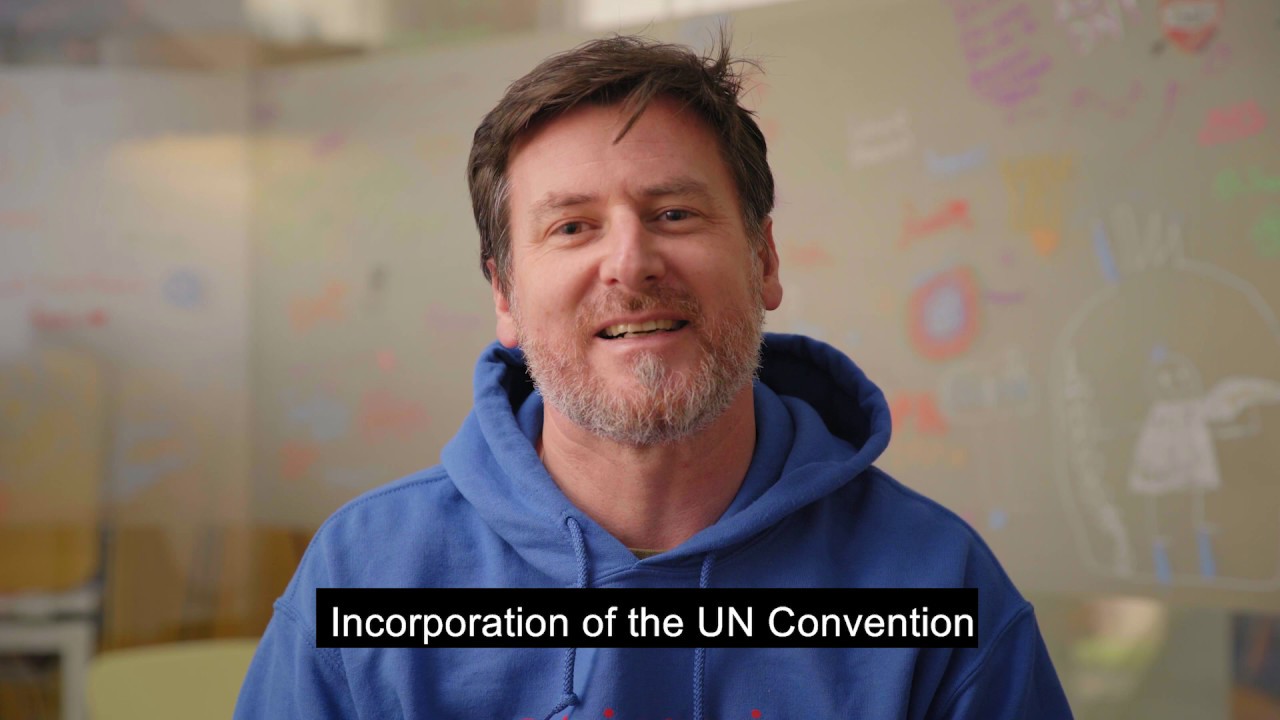 Incorporation of the UN Convention on the Rights of the Child is the most important thing Scotland can do to protect the rights of children and young people.

On March 16 2021, the UNCRC (Incorporation) (Scotland) Bill passed the Scottish Parliament, meaning that the Convention will become a part of Scots law.

This Bill looks to put the UN Convention on the Rights of the Child into Scots law to the maximum extent possible.

Our work on UNCRC Incorporation.

The United Nations Convention on the Rights of the Child (UNCRC) is an international human rights treaty. It sets out rights which every child is entitled to.

The UN adopted the UNCRC over 30 years ago in 1989. Since then, it has been signed up to by every country in the world except the USA.

The UK ratified the UNCRC in 1991, but until 2021 none of its four countries had incorporated it into domestic law, including Scotland.

And that meant many of the protections the UNCRC contains were not accessible to Scotland’s children and young people.

Our past work on Incorporation 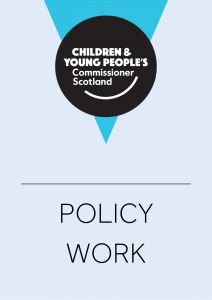 Our consultation response to the Scottish Government lays out in detail why the UN Convention on the Rights of the Child must be fully and directly incorporated into Scots law.

Read a mobile-friendly version of our response.

Ahead of our response to the Scottish Government consultation on incorporating the UNCRC, we’ve produced this paper outlining our preliminary position.

Read a mobile-friendly version of the briefing. 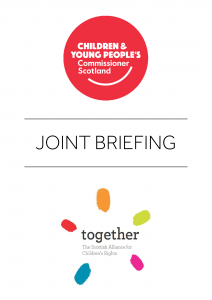 A joint briefing from the Commissioner’s office and Together (Scotland) about the context behind incorporation of the UNCRC in Scotland.

Q:
What is domestic law?
A:

The domestic laws of a country are laws that can be upheld in its courts.

Scots law is the kind of domestic law that’s enforced in Scotland’s courts.

If someone wasn’t keeping promises they’d made under an Act of the Scottish Parliament, or an Act of the UK Parliament that applies to Scotland, they’d be breaking domestic law, and so could be taken to a Scottish court.

If they weren’t keeping promises made under international law this couldn’t happen, unless those promises had also been written into domestic law.

Q:
What is civil society?
A:

Often people want to get into groups to change things about how society works. These groups might be charities, non-governmental organisations, pressure groups or social movements. Collectively, these groups make up civil society.

We worked with Together (Scottish Alliance for Children’s Rights) to create a short-term UNCRC Incorporation Advisory Group. This explored what a Bill to incorporate the UNCRC into Scots law would look like.

The Advisory Group was independent of the Scottish Government. It was made up of of a range of world-leading academics and legal experts on children’s rights and incorporation.

These experts drew from their wide experience of incorporation across the world to set out a model of incorporation for Scotland that would meet the standards put forward by the UN Committee on the Rights of the Child.

The Advisory Group created a proposed Children’s Rights (Scotland) Bill to show how the UNCRC could be incorporated into Scots law.

On Universal Children’s Day, 20 November 2018, the Advisory Group presented a Children’s Rights (Scotland) Bill 2019 to the Deputy First Minister and Minister for Children and Young People.

The Children’s Rights (Scotland) Bill has been specifically drafted to incorporate the UNCRC into Scots law. It’s written in a way that: 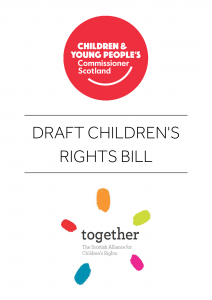 Our Advisory Group on UNCRC incorporation created a draft Children’s Rights (Scotland) Bill, which has been specifically drafted to incorporate the UNCRC into Scots law.

Related to Incorporation of the UNCRC