Help for children Help for young people Coronavirus
CYPCS > News and Stories > Blogs > Blog: Children deprived of their liberty and alternatives to detention— my experience of the European Forum on the Rights of the Child
Help | Leave this site quickly
Posted on 18/12/2017 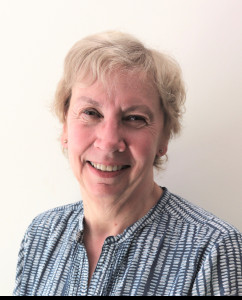 Linda is our Advice Officer. She's in charge of our advice line and of our services giving human rights advice to children, young people and adults.

In November our Enquiries Officer Linda Ellis MacDonald attended the 11th European Forum on the Rights of the Child, thanks to funding made available by the European Commission. This year, the Forum focused on children deprived of their liberty and alternatives to detention.

“All children have the fundamental right to liberty and detention should only be used in exceptional cases as a measure of last resort.”

350 attendees attended the Forum and side event, passing through airport-style security at the conference venue with an official invitation, passport and personal barcode— a stark reminder of all that Brussels has so recently suffered.

All were brought together by concern about children affected by deprivation of liberty in the European Union – as well as Iceland, Liechtenstein, Norway, Switzerland and the countries in the Western Balkans – whether as a result of conflict with the law, a parent in detention, disability, mental health issues, migration or asylum-seeking status or because they have no one to care for them.

Attendees at the event included senior civil servants, as well as representatives from NGOs, courts, the European Commission, ombudsmen and children’s commissioners’ offices, detention centres and the UN.

The plenary session room with its long parallel rows of headphones and microphones was a horizontal Tower of Babel where rugby scrums of delegates scrambled to find a place. At the far end of the room a remarkably serene artist skilfully distilled the narratives of each day.

There were speakers with power and influence, some with unusually long titles – including: Advisor, FPS Interior, General Directorate Immigration Office, Internal Control Directorate, Identification and Removals Sector, Belgium and UN Special Rapporteur on the Right of Everyone to the Enjoyment of the Highest Attainable Standard of Health and Professor of Child Psychiatry and Public Mental Health, Vilnius University .

However, the most effective voices were those of the young people who arrived in Europe as refugees, who have been in residential care, who have grown up with a parent in prison. When they were speaking was the only time the room was completely quiet, except for the faint buzz of interpreters translating into half a dozen languages leaking from headphones around the room.

Children deprived of liberty in the context of migration

This was a glimpse into the very real problems of those countries on the front lines dealing with waves of migrant, refugee, and unaccompanied children and young people. Their stories demanded an almost visceral response: how can we not help when there are children alone, all of them frightened, most of them traumatised, many of them brutalised?

The reality, we were told, is that some of these children end up spending up to 241 days in migration detention. They have lost their homes, their friends, often their families; but not the hope, however faint or distant, of a better life—somewhere.

We were also warned that in those places where compassion has wavered and hostility has gained ground; where migrants have suffered in the face of harsh realities and harsher conditions; where dreams have died; “a generation of children and young people are growing up hating Europe” (Anna Maria Corazza Bildt MEP, Co-chair of the Child Rights Intergroup in the European Parliament).

A ban on the detention of migrant children was recommended, along with finding alternative non-custodial ways of keeping migrant children safe. It was suggested that a guardian should be appointed within five days and migrant children given direct access to school and healthcare.

Children in conflict with the law

In Europe a growing number of children are involved in criminal justice systems each year. In places this is closely connected to organised theft and trafficking networks in which vulnerable children are taken back after arrest and sent to other countries. The number of girls being deprived of liberty is also rising; it is thought that this is often connected with sexual abuse and exploitation.

Limits on pre-trial detention periods vary between states, judges often receive no training and legislation frequently does not establish detention as a last resort. Children are often perceived as complicit, even when they are victims themselves— with legislation legitimising this view.

Children detained in adult facilities are at high risk of assault. They are also at risk of depression, self-harm, sexual abuse and exploitation.

Indonesia is now seen as a model of good practice, having developed a specialised justice system based on restorative justice and increasing the minimum age of criminal responsibility. The two main principles in operation are that any form of deprivation of liberty is a measure of last resort and that if a child is institutionalised, it should be for the shortest possible time and include special protection measures and procedures. In the first year after these changes were put into effect the number of children in detention decreased by 30% and this trend has continued.

Children are often deprived of liberty in order to protect them; ending up in residential institutions for a variety of reasons, often because of disability, the breakdown of families or because they have been rejected by or have no families. It is important to remember that children in residential care are, in most ways, as deprived of liberty as the child in a secure facility – none of them can simply walk out the door. Many of them would have nowhere to go if they could.

They also experience physical restraint (including drugs), punishment cells, labour exploitation, exposure to abuse, force feeding and high mortality rates. Children with disabilities are often segregated, at particular risk of being invisible; not considered to be rights holders. Recording of all of this can be patchy or non-existent. Incidents of the use of restraint and seclusion in institutions and the need for governments to collect data were also mentioned.

Issues were raised about EU funds being used to build new institutions. Despite some countries having ‘de-institutionalisation strategies’, many are simply replacing large institutions with smaller homes with the same rules, deprivations and poor outcomes. It is important to remember that, no matter how ‘good’ an institution might be, it is never a home.

Children with parents in detention

Over a million children and young people in Europe have a parent deprived of liberty. The young person who told us of their experience of growing up with a parent in prison spoke about the impossibility of developing or maintaining a relationship with that parent and the impact on family life, including the economic burden on households.

The young person described movingly the sense of responsibility and guilt he felt about the difficulties his mother faced – that he could not burden her with his own feelings of depression, anxiety and hopelessness leaving him with no one to talk to. He also spoke about his feelings of isolation at school – the stigma, the loneliness and his enduring difficulties with developing emotional connections. He called for better support for children and young people who have parents in detention, stressing the importance of creating a friendly and supportive environment for prison visits.

The UN global study on children deprived of liberty

Detention can be decided by a range of bodies: judicial, administrative, immigration offices, child protection or welfare bodies, health professionals and in situations such as armed conflict. Children living on the street are at special risk – they can be victims of trafficking, prostitution, organised crime or conflict situations.

The UN General Assembly invited the UN Secretary-General to commission an in-depth global study on children deprived of liberty. Questionnaires will be sent to member states by the end of 2017 with the final report to be submitted in September 2018.

The objectives of the study are to:

The study will focus on:

There was a call for human rights institutions of all countries to encourage their governments to support the study. At the time of the conference only two countries were supporting the study.

Headlines from the event

What is the added value of treaty bodies? Do they exist primarily to ‘feed’ NGOs?

Change isn’t about improving institutions, it’s about doing away with them.

More research on alternatives to detention is needed.

Violence is almost always present where children are detained— anywhere, for any reason.

“No child is born criminal or terrorist, but can be recruited while in detention.”

Any measure that protects the most vulnerable members of society ultimately benefits the well-being of all children and larger society.

My highlights from the event

A wider perspective on how human rights work in practice from country to country, culture to culture, individual to individual, is both sobering and uplifting. Despite differences in comparative levels of progress across Europe, there is no room for complacency anywhere. Every country has its frustrations and its failings as well as its successes. I came away from the forum more starkly aware than ever of just how high the stakes are, how easily human rights can be eroded, and that the most effective way to lead the way always has and always will be the same: by example.