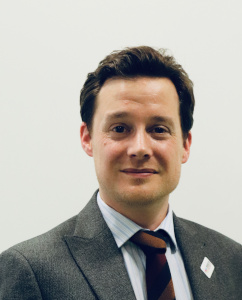 Other posts by Nick
Statement: Deprivation of Liberty of Under-18s in Police Custody Statement: Rights concerns around unaccompanied children in quarantine Scottish equality and human rights bodies join together in call for inquiry into implications of Covid-19 Are children in Scotland unlawfully deprived of their liberty? On #HumanRightsDay we’re launching an investigation to find out Looked After children and young people and rights to education: Accessing the right to Coordinated Support Plans

In 2018, an investigation by our office raised several human rights concerns around restraint and seclusion in Scotland’s schools. Head of Advice and Investigations Nick Hobbs talks about what’s changed since then, and what still needs to happen to respect the rights of every child and young person still affected.

Today is the International Day to End Corporal Punishment of Children, and it’s a day where Scotland has a lot to celebrate.

This time last year, children in our country didn’t have the same rights to protection under law as adults. Since November 7 last year, that’s no longer true – children and young people are equally protected.

That change to Scotland’s law – like UNCRC Incorporation earlier this year – was something our office fought for throughout our entire history. But while it’s a real step forward, it doesn’t mean that corporal punishment has ended in Scotland.

In 2018, our office carried out an investigation into restraint and seclusion in Scotland’s schools, and what we found confirmed what parents and professionals  had been telling us.

It was clear that the improper use of restraint was a systemic issue in Scotland.

There are circumstances where restraint doesn’t violate human rights, but these are extremely limited.

It must only be used as a last resort to prevent harm – like stopping a child from running across a road.

It must use the minimum force possible, and last for the minimum time necessary. And there are some forms of restraint – like prone restraint – that should never be used as they are too dangerous.

Restraint must never be used for the purposes of discipline or punishment.

This is especially true in an educational setting.

All children have a right to education in an environment which respects their human dignity and their bodily integrity, and where they are protected from cruel, inhuman or degrading treatment or punishment.

Children also have the right not to be unlawfully deprived of their liberty, for example by being locked in a seclusion room. They have the right to participate in decisions that affect them. And for those decisions to be made in their best interests.

Article 28 of the UN Convention on the Rights of the Child – which will soon be a part of Scotland’s domestic law – is clear that discipline in schools must take place in a way that’s consistent with a child’s human dignity, and their human rights. Restraint or seclusion for disciplinary purposes fails that test.

A systemic failure, not just a series of failings

What’s striking is that for years, families and campaigners have been raising these cases.

But they have often been dismissed as one-off failings. The result of poor individual practice by teachers or classroom assistants.

The findings of our report, and the scale of restraint and seclusion revealed in research conducted before the pandemic – more than 700 cases across the UK, more than 400 of them in Scotland – tell us this is not the case.

When we talk to younger children about human rights we often explain them as promises made by the Government. Our investigation made it clear that all too often, for all too many children, those promises have not been kept.

Human rights abuses around restraint and seclusion are a systemic failure.

They represent a failure of government to do its job and make sure children’s human rights are respected, protected and fulfilled.

In particular, they highlight a failure to put in place a robust legal and policy framework to govern the use and recording of restraint and seclusion.

Policy and guidance needs to reflect the obligations of the State, both under international human rights instruments and under domestic law. But even where it existed, it was often inadequate.

In order to know that restraint is happening in a rights-compliant way, we need to know when it happens. Recording when restraint and seclusion take place is recognised internationally as a vital way to monitor and scrutinise practice.

But our investigation found that there wasn’t good enough guidance at a national level around how restraint and seclusion should be recorded.

It found that local guidance was inconsistent and sometimes didn’t even exist.

As a result, it found incidents were recorded in wildly different ways, and sometimes not at all.

This lack of consistent guidance means that nobody knows how many children are being restrained or secluded in Scotland.

It also means that nobody knows how many children in Scotland are injured as a result of restraint or seclusion.

When we carried out our investigation, Scottish Government had produced just 2 pages of guidance on restraint and seclusion, inappropriately framed in terms of behaviour management and exclusions.

Instead of being rooted in the child’s human rights and dignity, it encourages an approach that presents the child as a problem.

Our investigation report called on Scottish Government to change this: to put in place guidance based on human rights, and to ensure all incidents of restraint and seclusion were properly recorded.

At the end of 2019, we chose to work with the Equality and Human Rights Commission Scotland to bring judicial review proceedings against Scottish Ministers for breach of multiple obligations under the European Convention on Human Rights and various provisions of the Equality Act 2010.

We wanted to hold them accountable to those legal obligations: to the promises they had made to Scotland’s children.

Following this, the Deputy First Minister agreed to produce national human rights-based guidance on reducing restraint and seclusion, and to take steps to improve the recording of when they take place.

But they are the first step towards consistent, lawful, accountable practice.

They are the framework good practice hangs from, and the lens that allows us to identify it.

They help to set a positive culture and empower the many staff who want to get things right for the children in their care.

National guidance is yet to appear…

The guidance promised by Scottish Government hasn’t appeared, nor has a consistent approach to recording incidents – a working group exists to deliver both, but work has been delayed by the pandemic.

When the guidance does appear, we will need to make sure it’s consistent with the requirements of the UNCRC Incorporation Bill. It will also have to link with the National Child Protection and Safeguarding Guidance which is currently under review – because of course unlawful restraint should be treated as a safeguarding issue.

…but Scotland’s made progress since our investigation in 2018

Despite the fact we’re still awaiting this national guidance, there are positive signs of culture change as a result of our investigation.

For example, Scotland’s Health and Education Chamber, which makes decisions about what support disabled children and those with other additional support needs are entitled to, has recently issued a powerful judgment which is grounded in human rights and makes reference to our investigation report. Among many important points, it makes clear that “every second a child is restrained should be counted. Every second creates and increases risk.”

And elsewhere, there are excellent examples of schools recognising that very often the behaviour of disabled children – particularly those that are non-verbal – is the only way they have of communicating need, anxiety, pain or fear. Talking about “distressed behaviour” rather than “challenging behaviour” has been a powerful way to change culture.

There’s still a lot to do, but also the chance for change

There’s a lot still to do around restraint and seclusion in Scotland’s schools – but there is also an opportunity to embed a human rights-based response.

A response founded in human dignity, empathy and compassion which would recognise that the first step is to consider whether a child’s behaviour is most likely caused by an unmet need or unrecognised trauma.

One which helps us remember that all behaviour is communication: to think about what a child is trying to tell us and how we can best respond, rather than seeing their actions as a challenge to authority and order.

We know the vast majority of staff don’t want to restrain and seclude children.

We need to keep pressing for the tools, training, guidance and support that lets them know: human rights based alternatives are available.

Learn more about our restraint and seclusion investigation.