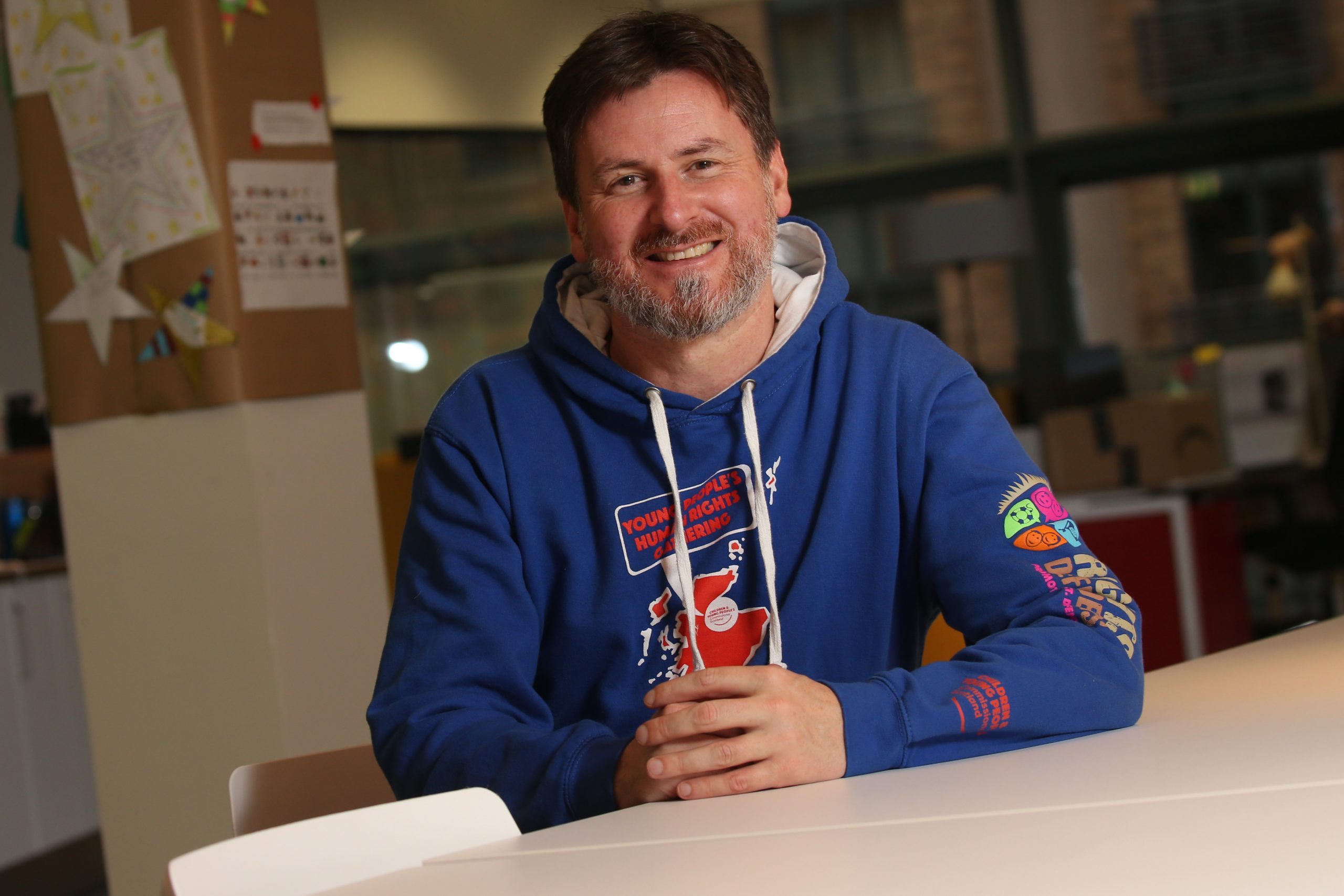 Other posts by Bruce
When the news seems scary, you still have power  When did 12 become the age at which we stopped caring about children? Statement: Commissioner responds to judgment made by the UK Supreme Court today on the United Nations Convention on the Rights of the Child (Incorporation) (Scotland) Bill. Statement: Child Protection and School Reopening Statement: Commissioner on CMO advice to vaccinate 12 to 15 year olds

In this article which originally appeared in the Sunday Post on the 24th of April, Commissioner Bruce Adamson writes on the journey the office has come on since it was created 18 years ago.

This week, the Children and Young People’s Commissioner Scotland office turns 18. We’ve championed children’s human rights for the equivalent of an entire childhood, but we still have much more to do.

The law creating our office was a collective endeavour across the political spectrum – Scotland’s first Independent Human Rights Institution. Founded on UN principles, independent from government with legal authority to hold those in power to account.

We’ve had three Commissioners, nominated by the Scottish Parliament and appointed by the Queen. Professor Kathleen Marshall from April 2004, Tam Baillie in 2009 and I started in 2017.

From Day 1, Kathleen fought to give children’s rights and voices a place in the heart of law, policy, and practice. As a founding member of Katheen’s staff, I was inspired by her commitment and expertise. I saw the challenges of standing up to those in power, overcoming cynicism about children’s participation and a rights-based culture.

We’ve always put children at the heart of our work, through young advisers, wider participation work, or things like Tam’s large-scale A Right Blether consultation in 2010. We often remind children they are our bosses, and with over a million children in Scotland and one Commissioner, that is a lot of bosses.

When I was appointed, children told me they wanted someone who would be friendly and caring when working with them, but fierce when holding those in power to account.

We don’t just speak up for children, we empower children to claim their rights. We see this strongly through activism on issues like climate change. Children in Scotland have always played an important role in our communities and have now helped develop new international standards on the need for education about rights, and protection for children when they act to defend their rights. That identity as Child Human Rights Defenders is important.

Children’s voices must be heard in all places of power. In 2019, two of our young advisers led a delegation who spoke to the UN Committee Against Torture in Geneva – the youngest ever to do so – where they challenged perceptions about the issues young people care about.

International human rights shape what we do in Scotland. The United Nations Convention on the Rights of the Child (UNCRC) is at the heart of our work. It proclaims children’s status as human beings with a distinct set of rights like the right to an adequate standard of living, the highest attainable standard of health, and education which develops them to their fullest potential. Also, the right to be heard and to have decisions made in their best interests. The UNCRC starts with the idea that every child should grow up in a family environment of happiness, love, and understanding. And it says that governments must use all available resources to fulfil children’s rights.

As part of the UNCRC 30th anniversary in 2019, we asked children to describe human rights in 7 Word Stories. They said things like:

“My rights are my armour to me.”

“My rights give me power, freedom, courage.”

Incorporating the UNCRC into Scots law is the most important thing we can do to protect children’s rights. It will improve the lives of all children, but especially those whose rights are most at risk, including children living in poverty, disabled children, care experienced children, children of prisoners, young carers, and black and minority ethnic children.

Over the last 18 years, we’ve worked closely with organisations working on behalf of, and with, children and young people, but as Kathleen used to say to them: “Our job isn’t to steal your thunder, it’s to sometimes bring the lightning.”

For children whose rights are most at risk, bringing the lightning is vital. Their voices were heard in early ground-breaking reports to Parliament on children of prisoners; moving and handling of disabled children, and the age of leaving care.

Over the last five years, we have developed our legal powers with our first investigation in 2018 into restraint and seclusion in education settings, followed by one on secure care, and our Young Advisers are now developing a mental health investigation. Our programme of strategic litigation has taken cases on issues of poverty, loss of liberty, and in relation to restraint and seclusion.

Poverty has been one of the most significant human rights issues in Scotland throughout our 18 years, affecting every aspect of children’s life. We have helped secure increased support in Scotland and, with the other Children’s Commissioners across the UK, have challenged the UK Government’s failures on social security, but there is more to be done at every level.

It took until 2020 to finally change the law to protect children from assault by parents or carers as punishment. We were one of the last countries in Europe to do so. Tam described Scotland’s lack of progress on this as his biggest regret.

It took until 2021 for the age of minimum criminal responsibility to increase from eight to 12 – still two years below the minimum acceptable international standard, contrary to overwhelming evidence showing criminalising children is counterproductive, and despite extraordinary interventions from the Council of Europe and the UN calling for us to do better.

Scotland’s low age of criminal responsibility and the continuing detention of children in prisons paints a bleak picture of our commitment to children’s rights. The pace of change is unacceptably slow and the consequences of Scottish Government delays are often tragic.

A major part of our role is connecting Scotland to the international human rights community. Working with bodies like the Council of Europe, the UN, and children’s commissioners globally to develop standards on children’s rights and helping ensure they are implemented in Scotland. This is essential in addressing emerging global issues like rights in the digital world, climate justice, support for refugees, and our response to crises like the Russian invasion of Ukraine.

Looking back at the last 18 years, the last two have been the toughest. Covid has been a human rights crisis affecting all children and disproportionally affecting children whose rights were already most at risk.  More children are in poverty and need mental health support.

Our work evolves, but our commitment never falters. I’ll pass the torch to the next Commissioner in a year. They will write the next chapter, but I’m sure that as the office embarks on its adulthood, they will take the advice of one child whose 7 Word Story was “Stand tall. Be brave. Think big. Believe.”